Snowboarding is my life. I’ve been doing it since I was a kid—and I’m a skateboarder, too. But when I broke my collarbone, it was bad. That’s why I’m so glad I knew to come see Dr. Anthony Bevilacqua. Thanks, Dad. (Matthew’s father, Todd Rauchenberger, is SMOC’s Administrator)

Since I’ve snowboarded for most of my life, I never expected one little stunt to result in an injury so bad, I’d need surgery. In my junior year of college, I was snowboarding with my friends at Snowshoe Mountain in West Virginia. Finals were coming up, so this was our little break before crunch time.

It was the end of the day, about 4 in the afternoon, just before closing time. We were at the Terrain Park, which is where you can do all the tricks. I guess I didn’t realize how tired my legs were, until we were getting ready for the last run. On the chair lift, I mentioned to my friend, “You know, the worst thing you can do is bruise yourself, doing these jumps.” I didn’t think too much about it.

My goal was to get as much air as possible on this last jump, and do a 360. What I didn’t realize was how icy it was, having been used all day. I clipped an edge with my snowboard and I flipped backwards. My back was actually facing down the mountain. I landed right on my left shoulder. 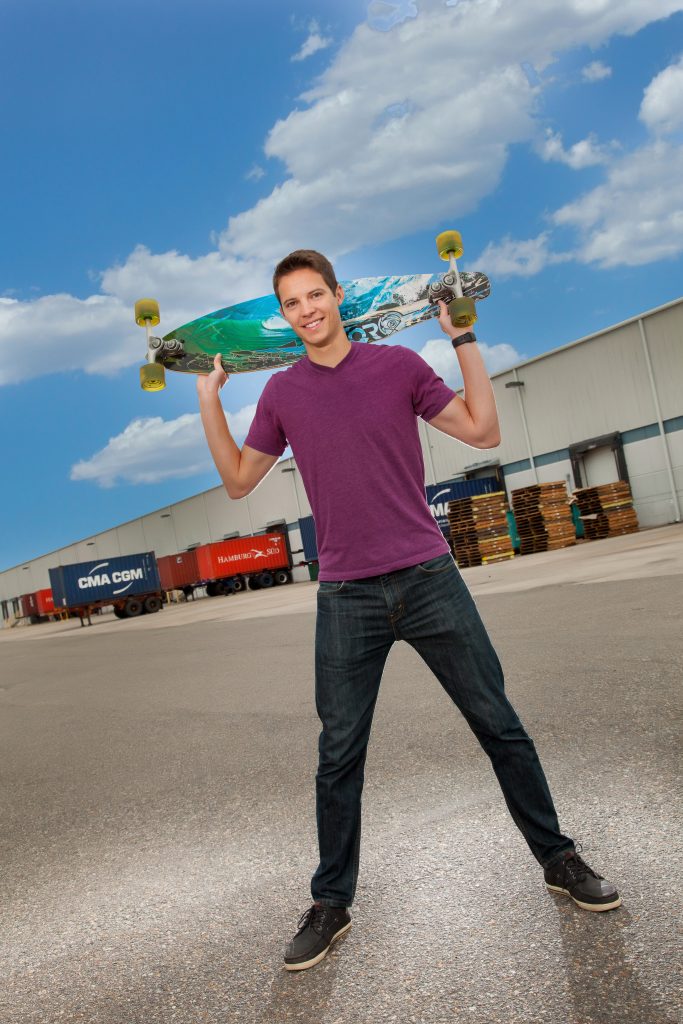 After that happened, I got up and kept snowboarding. I didn’t realize what had happened, at first, because of all the adrenaline. I just kept going. But when I went down the mountain a little later, I realized I couldn’t move my arm. My arm just felt weird, like it was just hanging there. Then the adrenaline stopped, and my body’s reaction kicked in—and I just blacked out and passed out on the slope, right there.

When they checked me on the slope, after I landed, they were actually checking to see if any of the bones punctured my lungs—thankfully that didn’t happen! Once I came to, it didn’t hurt too bad, surprisingly. I felt fine. The only thing that hurt was when they took my jacket off. They lifted my arm above my head, and wow, it really hurt. But once I was in a brace, it didn’t hurt at all. I actually went back to school, and took my final exams before I finally came home. Since I had to take exams, I didn’t want to be doped up, so I just didn’t take any pain medication. During the exams, you have at least 3 sheets—exam book, test sheet, formula sheet—and your calculator, so I was doing all that with one hand!

But when my exams were done, I came home, and I saw Dr. Bevilacqua. When they first examined me at Snowshoe, they told me it was broken, pretty bad. You could see through the skin that it was broken, and they were actually surprised it wasn’t poking through the skin. The way I hit it, they said it was with such force, it just shattered. And so Dr. Bevilacqua, after he saw me, he said, “Your bones are in a different ZIP code. You’re going to need surgery on this.”

It was outpatient surgery, and it only took two hours (although they let me sleep for a little bit more, afterwards!). I went home the same day. They gave me a sheet of different exercises I could do every day. Literally the day after I had the surgery, I started doing the exercises, working to get back up to where I had been. It wasn’t bad at all. I didn’t really have any pain after surgery. Mostly, I was just tired, exhausted.

After two days, I finally took the bandages off and could see what they’d done. And then I started doing more and more exercises, over the next two weeks. It was a really quick recovery.

By two weeks, I could use my arm for some things but couldn’t really lift it up too high—but by three weeks, I was almost back to full mobility. I had full rotation of everything again. My parents told me I was lucky it happened while I was young, so I recovered so fast!

The care at SMOC was great. My main goal was to get full mobility back—and get cleared by Dr. Bevilacqua, because I wanted to go snowboarding again! I went back in there soon after surgery, and he said I was doing great, to just continue the exercises. I saw him at an appointment, three or four weeks post-surgery—and he said, “You’re good to go. Just don’t put any strain on it.” Then, a few weeks later, I asked him if I could go snowboarding, and he said, “Well, that’s up to your parents. You can go—just don’t fall.” Literally that same day, after he cleared me, I left the office and went snowboarding. I had made plans with my friends to go that day, I had told them, “Hopefully he clears me!” So we’d already made the plans three days prior.

Back out there at the Terrain Park, I was filming my brother and friends doing tricks, and doing a couple myself—but nothing that would risk me falling again. People asked me, “Are you ever going to snowboard again?” It’s my life, I’ve been doing it for so long. And thanks to SMOC and Dr. Bevilacqua, I was able to say “Yes” to snowboarding again.