For years, I’ve enjoyed playing Santa Claus, for charities and schools. I also worked with International Paper, for 37 years. I was a millwright, and for the last 19 years, I was in charge of the tool room, too. It was a great job, but tough on my joints.

I first saw Dr. Bevilacqua for knee problems—back in the fall of 2005. I was suffering from knee pain that was so bad, I couldn’t work. When I started having so much trouble, they gave me a year off to recover, but with everything I had going on, I just couldn’t get back in a year’s time. So I retired on disability. 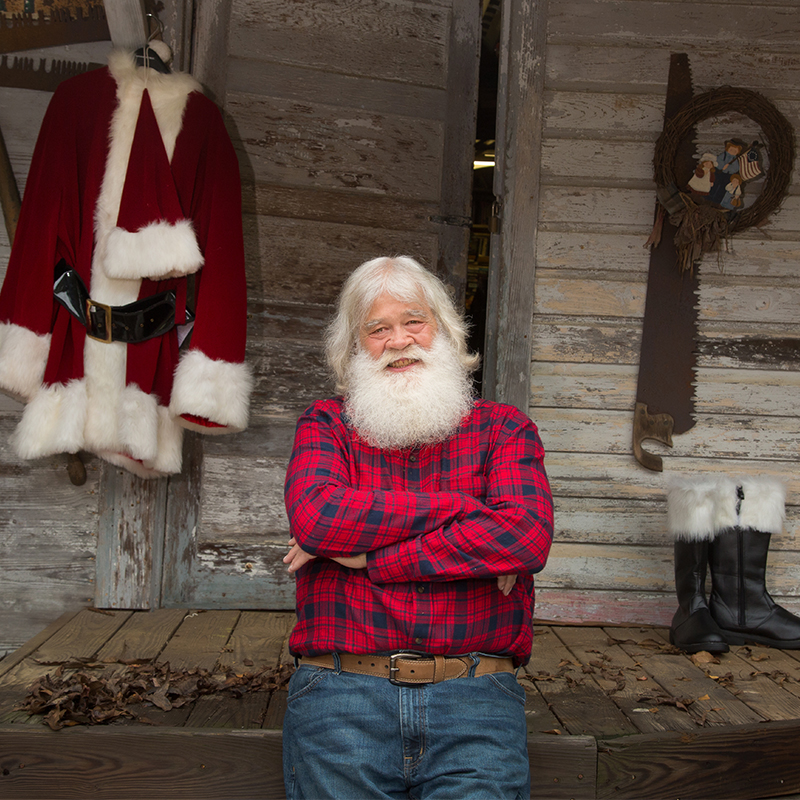 After each surgery, I was up and moving again fairly quickly. It took me a little longer to get over the first knee replacement. But the hip wasn’t a problem, it was the easiest of my surgeries to get over. Especially because we got to do the anterior approach. I was up and walking the next day!

Physical therapy went just fine after each of my three surgeries. The stretching and strengthening greatly helped my recovery.

My responsibilities as Santa keep me pretty busy. I live in Suffolk and have plenty of gigs there, and in Franklin, Courtland, Smithfield, Portsmouth, Chesapeake, and even in Virginia Beach. I work with Hope & Happiness, a special needs group in Suffolk; the Santa Shuffle, in Portsmouth; and the Salvation Army. This year I even did Christmas in July. I seem to get busier every year!

I also visit Christopher Academy, a private school in Portsmouth VA each year. Dr. Bevilacqua’s three children went to that school. So for many years, I was “their” Santa! For a lot of kids there, I’m the only Santa they’ve known, since they were babies—they’re in their teens now!

It’s a lot easier being Santa now, with both my knees replaced. I get all sorts of people—even grown-ups—coming to sit on my lap. They say, “Oh, I don’t want to hurt you!” I tell them I’ve got bionic knees. You can’t hurt them!

And when I’m done with Santa duty, I hit the slopes. For the last couple years, I’ve spent four weeks snow skiing EACH year. This coming season, I might do five!