Tre Lewis Says Yes to Independence After Years of Back Pain

Tre Lewis Says Yes to Independence After Years of Back Pain 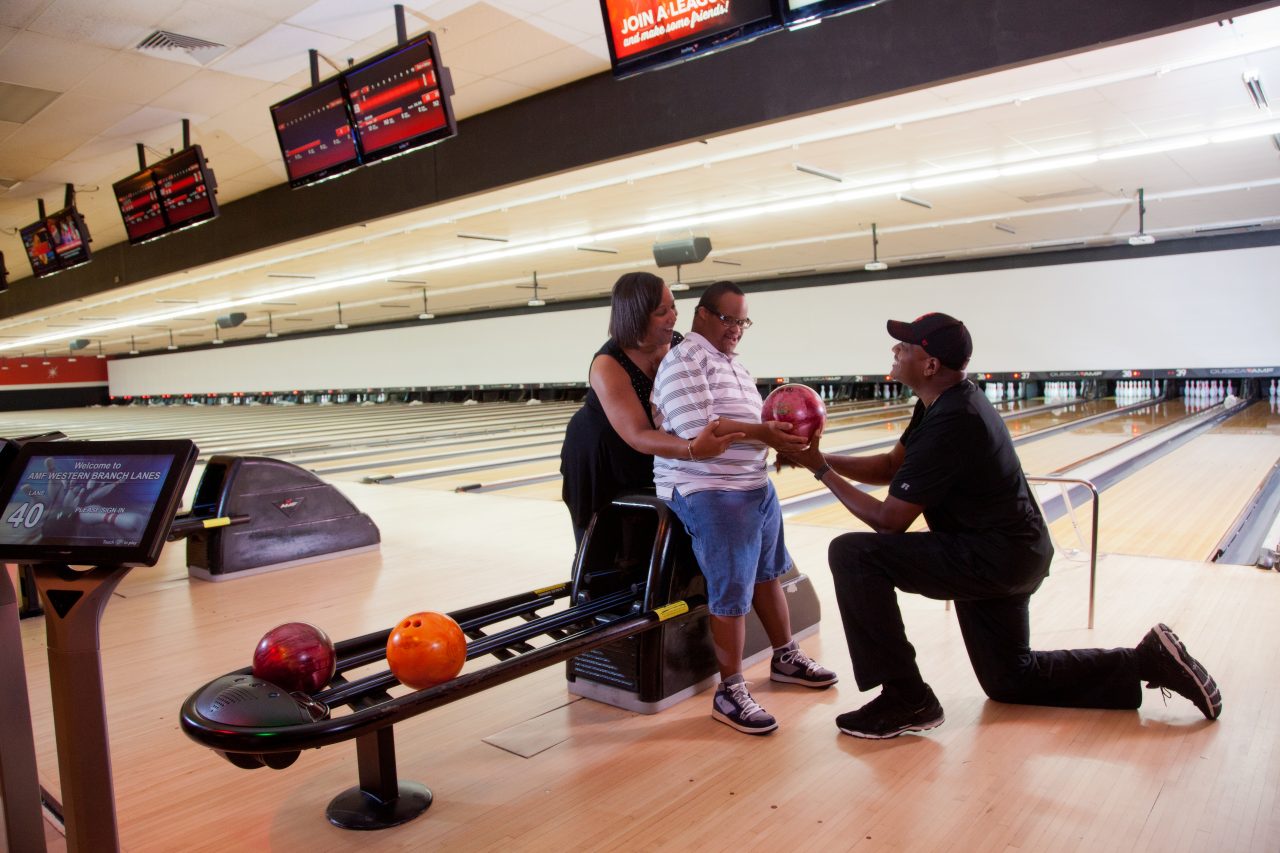 About three years ago my husband and I started noticing that our son, Tre who also has Down Syndrome, was beginning to suffer from back pain and stiffness. This was especially noticeable in the mornings. We were usually greeted first thing in the morning by our son’s cheerful and smiling face. Getting out of bed was becoming very difficult for Tre because of the increasing back pain, and he wasn’t making it into our room.

We took him to a doctor and was told he had slight scoliosis, a curvature of his spine, which caused him to lean more to the right side. Because of his Down Syndrome, Tre’s communication skills are limited. He is non-verbal and uses very little sign language. However, as parents, my wife and I have learned to understand him. And what we knew was that over time, his back pain was growing and growing.

Last year, we saw another doctor, who diagnosed Tre’s worsening condition as spondylolisthesis, and rated his severity as a 4.8 (on a scale of 1 to 5). The doctor explained that his two lower vertebrate were out of alignment in such a severe way that it could potentially cause paralyzation. This doctor suggested that we see a spine specialist. At this point, both Marcy and I started researching our local spine physicians. We wanted nothing but the best care for Tre, and most importantly, to help him feel better and relieve his daily pain.

From our first visit with Dr. Goss, he took his time with us, answering our long list of questions, thoroughly explaining the surgery he believed would correct Tre’s back, and truly showing a genuine concern for Tre and our family. ~Marcy & Terry Lewis, parents of SMOC Patient Tre Lewis

This is when we heard about Dr. David Goss, of The Spine Center a division of SMOC. A friend and coworker, who was a patient of Dr. Guinand, Dr. Goss’ colleague, suggested us making an appointment for Tre. On our first visit we saw Dr. Guinand, who confirmed the severe prognosis after taking additional x-rays. He immediately connected us to Dr. Goss to discuss a lumbar fusion surgery. The sense of urgency that everyone at The Spine Center had for Tre’s case was reassuring to us! At this point, Tre was miserable. Seeing your child in so much pain is a horrible site to witness. Knowing we were finally with the right doctors to help our child was a relief. Kathy, The Spine Center’s office manager, even went to great lengths working with our insurance company so we could have a hospital bed temporarily placed in our downstairs for Tre. We live in a two-story home, and moving your grown child, who is in severe pain, up and down the stairs, was nearly impossible.

From our first visit with Dr. Goss, he took his time with us, answering our long list of questions, thoroughly explaining the surgery he believed would correct Tre’s back, and truly showing a genuine concern for Tre and our family. He immediately helped to manage Tre’s pain with medication, while we were getting everything scheduled and ready for surgery. Because of the Down Syndrome, there are a few “extra hoops” we had to jump through in terms of surgery preparation.

In September 2015, Tre’s surgery day was finally here. Marcy and I were nervous but we felt extremely comfortable and trusting of Dr. Goss and the surgical team at Chesapeake Regional Hospital. During the surgery, Dr. Goss came out to speak to us and explain that he would like to perform an additional procedure to ensure the best surgical outcome for Tre. Terry and I were greatly appreciative of his due diligence to go above and beyond what was originally discussed to heal Tre’s ailing back.

The first day after surgery the physical therapists at Chesapeake Regional Hospital were already working with Tre. Sitting him up, moving him around, reacclimating him to normal movements. Dr. Goss continued to check in on us throughout our week long stay at the hospital.

In October we started to see “milestone moments” in Tre’s healing progress. He would point up the stairs, signaling to Terry and I that he was ready to go back to his room and out of the hospital bed. We continued to notice improvements, which motivated all of us! In early November, Tre surprised us one morning by waking us up in our bedroom doorway, just like he always did before. This was a day of celebration in our house because Tre was back to himself!

Tre has always been such a joy and blessing to our family! He is a resilient young man, and he handled this challenging situation so well. We are grateful to Dr. Goss and all of the team at The Spine Center for helping Tre get back to enjoying his life, without back pain! ~Marcy & Terry Lewis, parents of SMOC patient Tre Lewis