News: From Army Airborne to Athletic Orthopedics to Academic Expert- A Look Back at Dr. Romash’s Remarkable Career 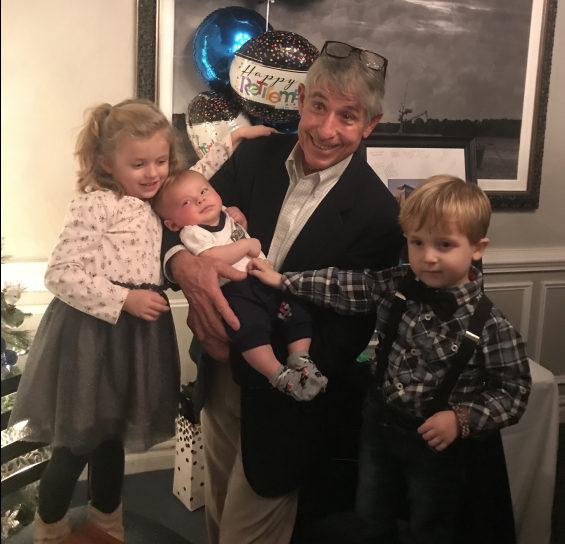 On December 31st the SMOC staff won’t just be saying “good-bye” to 2018, but also to our friend, co-founder and distinguished colleague, Dr. Michael Romash. Dr. Romash will be starting his well-deserved retirement as the new year begins, but we want to take a moment to look back at his multi-faceted and impressive career.

Dr. Romash began his education in engineering, but while serving in the 82nd Airborne Division he took an opportunity to train as a physician for the Army. His background in engineering easily set a foundation for the human body. “Principals of engineering – physics, mechanics, thermodynamics, strength of materials, and analysis are the scientific pillars that apply universally” he explains.

During his time in the army he treated many serious trauma-related injuries including those of the entire crew and passengers of a helicopter crash. These unfortunate accidents became teachable moments that he was then able to apply to orthopaedics and specifically sports-related injuries. In fact, his treatment of calcaneal fractures was conceived during his time with the 82nd Airborne Division, where he frequently saw heel fractures ending paratroopers’ careers. This led him to describe a reconstructive surgical procedure to deal with fractured heels which achieved international acceptance and is now in the standard orthopaedic texts. In fact, Dr. Romash has authored numerous publications and book chapters on foot and ankle surgery, cementing him as a true expert and innovator in his field.

In 1988 Dr. Romash became one of the founding doctors of Sports Medicine and Orthopaedic Center. He recalls those early days fondly, “there was a camaraderie that occurred in the early formative years . . . it felt like a small group of friends sharing our efforts and defining the principles that guided our care of patients.”

Other physicians in the practice agree and point out that Dr. Romash is the person who is always up for a challenge. Dr. Anthony DiStasio, a surgical expert in his own right, says “Dr. Romash has been an iconic Foot & Ankle and Lower Extremity Surgeon in our area. Simply put, he was the guy we sent our toughest cases to.” He also notes that Dr. Romash’s clinics were frequently packed with patients and when asked about it, Dr. Romash would say “Where do you eat when you’re new in town? The restaurant with no cars in the parking lot or the one overflowing with parked cars?”

Despite having an extremely busy and successful practice, Dr. Romash didn’t keep his talents and expertise within the walls of SMOC. In 1991 he returned to active duty during Desert Storm to supervise the care of lower extremity injuries and amputees at Walter Reed Army Medical Center. In addition to his service to our country, he consistently volunteered his knowledge and time to local athletes including coaching the Chesapeake United Soccer club for 20 years. He was also the coach of the Great Bridge girls’ Junior Varsity soccer team for 14 years, and the assistant coach to the Varsity girls. Since Hickory High School opened in 1996 you can find Dr. Romash on the sidelines of almost every football game serving as “the doc on the field” – a tradition he remembers from his own high school football days.

He points out the basic similarities between sports and medicine: preparation, repetition, conditioning and perseverance. “You’ve got to learn the techniques then hone your skills through repetition. You have to be able to accomplish these activities for long periods of time and under stress and you cannot quit once the task has been undertaken.”

He has always been passionate about helping the younger generation pursue their dreams of working in the medical field, which is why for nearly two decades he has co-sponsored the High School Sports Medicine and Anatomy program at Great Bridge High School. In this program students are able to learn about the medical field directly from physicians, including shadowing doctors in their offices and even accompanying them in the operating room.

“Students must be mentored in the art and science of medicine” he says – “it comes down to caring for people.”

This code of conduct that he instills in his students is one he illustrates everyday in his own practice. Dr. Samuel Brown, who has worked with Dr. Romash for over 35 years says, “I know Mike to be a person of integrity – always striving to achieve the very best for his patients whether it was in the hospital/surgical setting or just in-office patient care. He has implemented the ‘Honor Code’ which he adopted at West Point and I believe has always sought to live by that.” His dedication to his field was again recognized when he was inducted into the American Orthopaedic Association, an association of leaders in the orthopaedic community.

His passion for helping young professionals and instilling in them the “care” aspect of health care is so engrained in Dr. Romash that even after retirement he will continue to help others pursue their medical careers as a community faculty anatomy professor at EVMS. He also won’t be leaving the sidelines any time soon, and will continue serving the Hickory High School football team and the Oscar Smith soccer team.

“I am honored to have practiced and served with surgeons of exceptional skills, honor and integrity . . . I sincerely hope that SMOC continues with the principles of insuring patients are given the best care by being directed to specialists who are experts in the care of their specific problem.”

Everyone at SMOC thanks Dr. Romash for his decades of service – in the military, in his community and right here in our office. The sentiment of SMOC Administrator, Todd Rauchenberger, perfectly sums up how the entire staff feels about his departure. “Dr. Romash is by far the most skilled foot & ankle and total joint orthopaedic surgeon in our region. His ability to work with complex cases and challenging reconstructive surgery cases is one specialty that will be missed in this area. His dedication and service to his patients is beyond question and he will be missed immensely”.

Best of luck in this next chapter of your career and congratulations on having more time to spend with your beloved grandchildren!